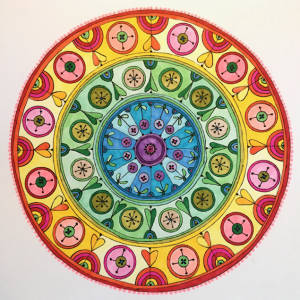 The world and his wife

Or the world and her husband - everyone seemed to be out and about today! Glorious January sunshine will do it every time. Here you can see Göran who is out walking Enny, his black Alsatian, chatting to Keith who is out walking me himself. We had just had a chat to Sven-Erik and his son's family who have been visiting from Uppsala, their son who is about 10 or 12 had never seen so much snow in his life! They were the ones we blocked in when we got stuck, and the ones who pushed us. They didn't get up the hill themselves, had to wait for Rikard to plough.

The lake at the bottom of this (steep) hill was full (30 odd at least) of little humans and snow scooters. Actually the humans were normal sized but far away, I am an outdoor person and I know these things. But there were lots of children, ice-fishing. With a fire. Grilling something or other, probably not a fish, more likely a sausage. There is a lot of talk about healthy passtimes and the great outdoors, but there is also a lot of yucky sausage and white bread buns sold here, and someone is eating it! And these are kids who ride, not ski. There were no ski tracks down there at all, just the overwhelming smell of fuel exhaust. But they were out!

The sun was so utterly wonderful, as we got into the full blaze of sunshine we felt the heat, that's the first time since the beginning of December. The sun is too low to make much difference, then suddenly it isn't! There was an absolutely perishing wind blowing, it was minus 8 but felt a lot colder, it was shaking snow out of the trees to so every now and them we got a face full. It is an invigorating place to live!

We had a cup of tea indoors, before Keith launched into snow shifting (Off the plastic verandah roof behind Betty's - built for snow but clearing it is always a good idea) and I started a bit of cleaning. Which turned into operation "Thin out Christmas" - I removed a lot of little red things, and all of the cloths and suchlike. Two paper carrier bags of Christmas are waiting to be relocated on a shelf in the Christmas store. It's interesting to note that when the time is right, the job does itself.

Anyone visiting would be sure to comment on how we still have all our decorations up! The tree, the nativity, the amaryllis, the many strings of de-light are all still in place. Thursday the 13th is the day the village will start chastising me for having stars in windows they can see, so that's the day I move them further indoors!! Knitting happened, yoga too, and a delicious fresh salad was produced, with halloumi and broccoli and a dash of balsamic cream with chocolate in it. Wow - so many good flavours. And now for a spot of The Great!