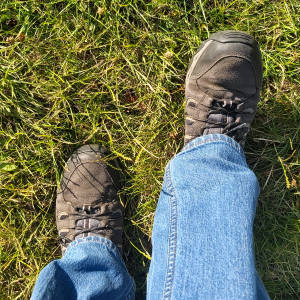 Fullarton House was built by William Fullarton in 1745. The house and the surrounding woods were acquired by Troon Town Council in 1928, and the house was demolished in 1966. The site is now a car park with the large pillars and wall in front of the house remaining. The separate stable block also survives and has been converted into private housing.  The old image is from a postcard sent in July 1957, and the present day view is from April 2022.Troon, Ayrshire