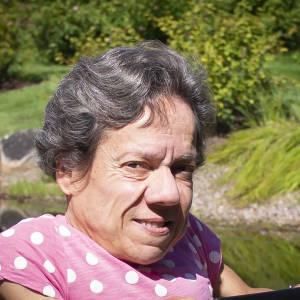 The first residents have arrived

We have already had an insect hotel for years, house-shaped. It had separate lockers with different materials for various insect species. Wild bees seemed to love the hotel. So did great spotted woodpeckers. They finally in a few years broke nearly whole thing to get larvae. Last summer we installed different kind of hotels, two birch discs with holes as in the photo and a bigger disc with separate lockers much like the house-shaped was.

Today I detected bees flying near the two small birch hotels and that few holes was closed with clay by the bees. With macro lens I saw this bee in the photo peeking now and then from the hole. Funny thing, made me smile:) Eggs laying is in progress.

In extra there is a species of ground beetles, Carabus glabratus. They thrive in moist forests. This was beside our composter. It is the most widespread ground beetles in Finland. They belong to predatory beetles preying on other insects and snails. This species belongs to the friends of the gardener, helping to keep pests under control. I thought this one was dead, for it didn't move for a long while. So I tried to grab it with my fingers and put it to a better place to photograph. However, it woke up and run away. Therefore the photo is a bit out of focus.