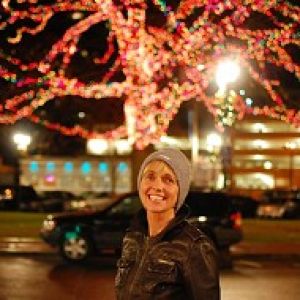 We were given a sneak preview to the park prior to its official opening on May 2nd. The Mill River Collaborative was formed in 2002 to create and maintain the park and model it after New York's Central Park Conservancy contract. Milford Puryear and Nia Rhodes Jackson walked us through the park and explained about the habitat, the plants growing, the designs for the future, how they are making this a natural habitat for Stamford-ites to enjoy. They have even helped to bring fresh water to the river, so much so that for the first time in 360 years eels are now swimming upstream.

All in all a really lovely tour and I for one will be happy to visit if often during the Summer.