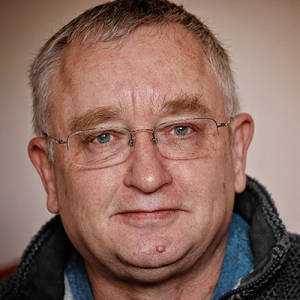 Not quite the day I expected

Feeling a bit of a daft oaf today.
Back story - We had free tickets for the athletics at the Alexandra stadium in Birmingham. My wife who does lots of volunteering at sport events, especially at Edgbaston Cricket Ground had applied to do so at the forthcoming Commonwealth Games. She wasn't chosen in this instant but instead put on the reserve list. Those in reserve were given free tickets for today.

Should be a nice day out you would expect.
The stadium has been completely rebuilt for the commonwealth games.

Big new stands both permanent and temporary. A spectacular stadium for athletics.

Today was a games test event.
I became the crash test dummy.

We watched for a couple of hours, but, under the new East stand, it was very cold in the breeze. Nowhere near as warm as expected.so, I went off to buy a couple of coffees which meant going down the long flight of 60+ steps behind the stand. Each step had a yellow stripe painted on the edge.

At the bottom there was another step from the bottom of the big flight.
I didn’t see it.
Stumbled off it, went base over apex resulting in slightly twisted ankle, badly grazed and bruised knee, sore wrists, grazed knuckles, sore shoulder and the back of my head is sore too. Have to say, the security guys who were there in seconds were excellent. I was thoroughly confused as to what had happened and why and spent ten minutes laid and then sat on the ground before they let me move.

At least I had the grace to do it just a few feet from the first aid room.

Back home now with sore pride. Apparently I wasn’t the first but was spectacularly the worst to suffer at this step. Am told that a few minutes later there was a security guy there with a loud hailer telling people to be careful of that last camouflaged step.

Simply didn't expect nor see that last lone step some distance from the rest of the high flight of steps. Why would you expect one step 6 feet away having coming down 60 or more?
In retrospect, it looked exactly like the brickwork laid into the tarmac in that area around the back of the stand. Poor design.
Not the best day. Missed the last 90 minutes of events.

As for the coffee! Hope really they improve some of refreshment facilities by the time the games come around. A few food stands, some supposedly selling hot drinks. However, many of those said they had run out. Just one dedicated coffee stand with a 40 minute queue. After my little event, I couldn't be bothered to queue.

This is just one photo of the 3,000m Steeplechase.
A few of those I did manage to get before my downfall are -->  here