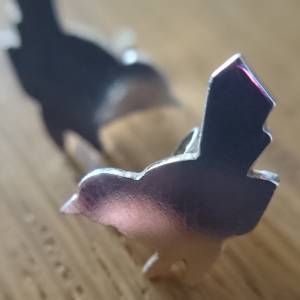 This caterpillar was moving at speed, but was doing so in the middle of the path. A leaf served to safely relocate it to the vegetation at the path edge, without coming into contact with its irritant hairs. I think it's a woolly bear, so a juvenile tiger moth.

A subdued early birthday tea, because the party had taken a lot of energy apparently. Denim jacket was well received so think I've earned some Auntie points.