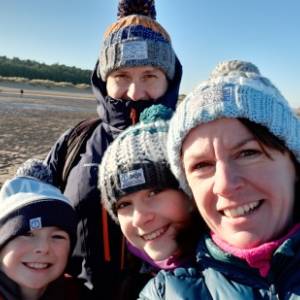 When Katie Deacon first taught Carys on a Balletboost summer school we had to go see her show. That show was An American in Paris. Carys danced and sang all the way home. She still now watches it when it's on the BBC. She is/was lucky enough to have Leanne Cope (Lise in An American in Paris) teach her both at Balletboost and at The Academy of Balletic Arts and that luck continued when she got Katie as her main teacher both weekdays and Sundays when Leanne went off to have her baby. The influence of that show continues. So when Carys found out Robbie Fairchild was in London she had to go say hello. Poor man was still on Aus time, straight off the plane from the end of the Aus run of American in Paris, but was so lovely talking to her. Thank you for your time Robbie, for making a teenage dancer very happy.