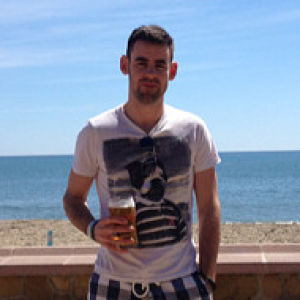 Musings of a Suffolk boy

So I missed my 1.5 mile Cooper test run on Monday, which meant I had to do it on Tuesday instead. Tuesday is also one of 2 days that I get up early to do a 2.5 mile run - so for the first time since I've started running again I was doing both in one day.

The alarm went off at 5.00am, I was up by 5.20, out the door by 5.30, and back by 5.46. I had completed the Rubin a new PB time of 15mins & 44 secs, shaving 24 seconds off my previous 2.5 mile PB.
Then it was work, and as soon as I was home I was straight in to my running gear for the 1.5 miler. It was very sunny out and was 18°c, so I knew it would be hard work. I actually felt really good all the way round, almost as though it was too easy, so I worried over the last couple of hundred arms that I wouldn't have done that well. So I surprised myself when I saw the time at the end was 9mims dead; 13secs better than my previous PB, and dead on 6min miles.
It must just be that I really am getting that bit fitter now that's making it feel a little easier - very pleasing.

Hence the photo - starting to feel a little like one Usain St. Leo BOLT...

So that was Tuesday. Today was more relaxing - but there was still exercise; it's a Wednesday so that meant 'Minton' doubles with the lads from work. After that myself and my girlfriend went to see the family for dinner and a very relaxing and enjoyable evening - plenty of laughs.