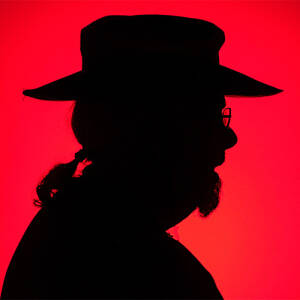 Haddenham Church ICM
We were supposed to go to London today but plans changed. In preparation to the train journey I had downloaded a Kindle Book by Roxanne Bouché Overton called ‘Advanced ICM Techniques.

I have been following her work on Instagram recently. She uses ICM in the Urban Landscape and a particular interest of mine.

I have only read a few pages but as I needed to pop to the shops today I took the Fuji x100v with me to have a go.

She typically uses a medium telephoto lens with small movement in two directions ‘a number of times’ as an in camera multiple exposure. The Fuji has a 35mm full frame equivalent lens so wider that her  preferred equipment.

I was able to get the slow shutter by using the cameras inbuilt 3 stop neutral density filter. (1/9th second; 160iso; f/16).

The Fuji x100v saves ALL the files in a multiple exposures sequence, something that really annoyed me to begin with. On the Canon I only ever save the resulting image. Having said that, just recently I have been using one of the individual frames to bring a bit of reality back on a lower opacity layer in photoshop.