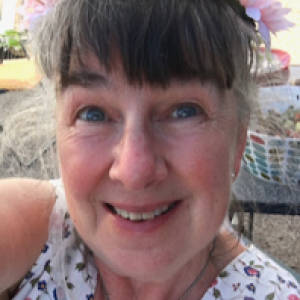 Today I drove a ridiculous lot of kilometers to get absolutely nowhere, aided by the craziness of the sat nav, and then Google maps. Lies and more lies about where I was going, and involving an hour and a half of driving instead of about 40 minutes. Eventually I said out loud "I have no idea where I am or where I'm going!!" and 50 meters later I saw the sign for the place I was looking for. Phew. I was late for the political gig I was supposed to the support for, but arrived in time to set up shop and hear the last part of the debate. The first extra shows the kolbulle that I purchased and ate as my breakfast at 2 o'clock. Delicious! The second shows - as predicted - the old blokes doing the frying.

I got home in time to set the table and be ready for the Campbells when they arrived just after 4. Keith came in on his bike about an hour later, having finished his political duties for the day. We have had a lovey time chatting and eating, sharing a bottle of red and a lot of thoughts. So lovely to have them with us, we will eat breakfast and wave them off on the very long trek north. the blip shows them consulting the road atlas to find the best route north and west to Norway, it's a big stretch!

And so to bed.