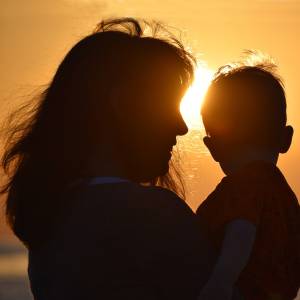 I woke way too early this morning, so ventured out for the sunrise for the first time in ages. There was lots of cloud cover, so the sunrise was less than spectacular. However, there was one other photographer there and he suddenly pointed out a small blob in the distance in the river heading towards us. There is always a thrill of excitement to spot an otter in the wild (and it's been quite a while since the last time) - it was even more thrilling, as he slowly progressed up the river, catching his breakfast along the way. I spent an hour and a quarter, catching glimpses of him as he wended his way along the river. The light was poor but the experience was wonderful!

Later in the day, I took Mum to a garden centre near the local airport with hope of spotting the Red Arrows take off or land. This was so much more successful than I dared hope! We watched them as they returned to the airport and were delighted that they put on a mini display before landing!
Of course, we bought some plants, too :))

A close up view of one of the Red Arrows in extras.

Thanks very much for all the great comments, stars and hearts for yesterday's Red Arrow image!