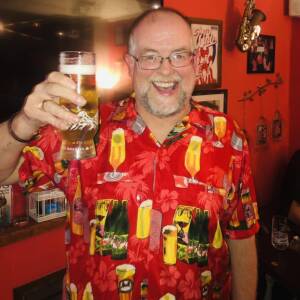 This morning I was due t be in work but my work colleague wanted to swap this worked well for me as Julie needed to go to Meteringham and there is another rail strike on so I took her over to her Dads. There was a Christmas tree festival on in one of the churches there so we went to get a blip. I took a few tree shots but decided to go with this giant bauble  showing a wide shot reflection of inside the church and also just make out me in the reflection .
Afterwards we picked up some eggs from the local butchers and then I headed home and Julie to her Dads. A trip back later to pick Julie up again this afternoon.
Back home now chilling watching some World cup  football this will be followed by an evening probably watching some general catch-up tv and a few beers of course as it is the weekend