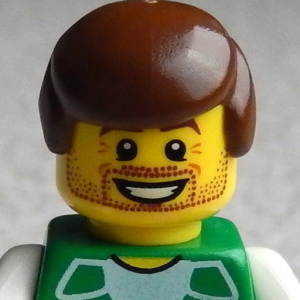 London Road Gardens were designed by the great architect William Playfair (1789-1857) who was responsible for creating much of Edinburgh's New Town. He created them to act as a series of leafy walkways to link Royal Terrace (on a higher level) with with London Road (at the bottom of the slope). Planted in 1829, a path was even created at the request of exiled former French King Charles 10th who was living for a time at Holyrood Palace. This was made to act as a short-cut for when he wanted to walk from the palace to St. Mary's Roman Catholic Church on Leith Street.
Playfair also designed the cottage in today's blip to house the gardener whose job it was to tend London Road Gardens. In due time the cottage, eventually owned by The City of Edinburgh Council (who care for the gardens), fell into disrepair. Fortunately it's listed status meant that the council couldn't just demolish it (as they would have probably liked to). In 2011 the council invited tenders for projects to renovate and use the building. Whilst locals preferred the idea of a tearoom (very civilised and would probably have been a success), the process was won by two chefs, Dale Mailley and Ed Murray. Using Murray's training as an architect, the pair gutted the cottage and turned it into an eccentric restaurant which opened during 2012. Consisting of only two small rooms where diners sit together at shared tables on benches, it is furnished with reclaimed furniture including recycled pieces that came from ocean liner SS Olympia! Out front, a vegetable garden has been planted to provide the kitchen with fresh produce. Thus a little corner of Edinburgh's history has been given a new lease of life.