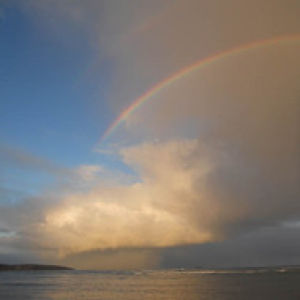 Footy (or Australian Rules Football) is played here... when there are no border collies chasing balls on it.

I don't follow the game myself but lots of people get very passionate during arguments over whose team is best and possible murder is not far away.

It's a very cool Aussie blokey thing to "cuteify" words... like "footy" for football, "barbie" for BBQ, "tinny" for a can of beer.. and so on. But nicknames for their mates... Dave, wouldn't be Davey but Davo, John wouldn't Johnny but Johnno, Gary... which sounds way too cute to begin with would be called Gazza and so on and so forth.

And their endeth a brief lesson in "Strine".

I made Ruby sit and stay so I could sneak up on the galahs. She's a good girl!