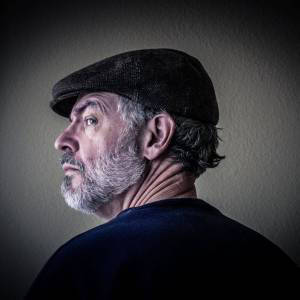 This has been one of those frustrating weeks... I've been at a conference in Fort Worth - one of my favorite cities, I'm not complaining - but I've largely been traveling between my hotel and the convention center across the street. My blip opportunities have been limited, despite the omnipresent camera with me. Then today, I got away for about an hour to visit the Fort Worth Stockyards, and took probably a year's worth of blips in that hour. Picking one has been hard.

And it's a touristy one to boot. The Fort Worth Stockyards are still a vital part of the cattle industry. Texas' own stock exchange is here... the Fort Worth Livestock Exchange. At the northerly terminus of the Chisholm Trail (which runs through the town in which I live, about three hours drive south of Fort Worth), this was (and still is) a major distribution point for cattle.

There is the Texas Cowboy Hall of Fame, and the Texas Trail Hall of Fame. The latter has bronze Texas stars embedded in the sidewalk with names of famous (and not so famour) folks who have been a part of the heritage of Texas and cowboying. Some names you'd likely recognize, like Wild Bill Hickok and Annie Oakley. Others you may have heard of - like author Louis L'Amour. Then there's some who are less famous, like Bill Pickett. I was pleased to find he had a star here, and equally pleased to see a large statue of him near his star. Pickett was a black cowboy (1870-1932) who invented the practice - and now rodeo sport - of bulldogging, or as it is more popularly known today, steer wrestling. In this event, the cowboy enters the arena horseback, the steer enters the arena from a different gate simultaneously. The cowboy rides alongside, discmounts from the left side of his horse, grabbing the steer's horns as he does so. He then wrestles the steer to the ground. Bill Pickett's own twist on bulldogging was to use leverage on the horns to twist the steer's head until he could bite the steer's lip.

Pickett died after being kicked in the head by a wild horse while working on the 101 Ranch. He was the first black cowboy inducted into the National Cowboy Hall of Fame in 1970. I was pleased to see a number of other African American cowboys in the Texas Trail Hall of Fame. Blacks had much more to do with the "taming" of the west than is generally known. The "Buffalo Soldiers" were a black calvary troop that served with great distinction during the Indian Wars, for instance. They were so named not because they, like the American Indians, subsisted largely on buffalo meat, but rather because the Indians believed that the soldiers' hair resembled that of the buffalo. The name was not considered derogatory but rather quite a badge of honor.

Twice a day at the Stockyards, a "cattle drive" of a small herd of Texas longhorns takes place from one end of Exchange Street to the other. Even though it is massively a tourist activity, it is nonetheless impressive to see those huge cattle and their impressive horns just inches away. During the rest of the day, these drivers ride up and down the street, posing for photos and chatting with tourists. This cowboy - and while these men and women are out entertaining tourists, they are most definitely cowboys (or girls) - has his horse trained upon the snap of his fingers, to "smile" for us tourists and blippers.

Sadly, I'll be leaving tomorrow in order to attend the funeral of my best friend's father. He was a man I admired and liked very much, from games of dominos to just chatting. He was a man of God who served the Presbyterian Church for nearly 40 years, who was wise, and kind, and many things I would hope to be, and I'll miss him greatly.