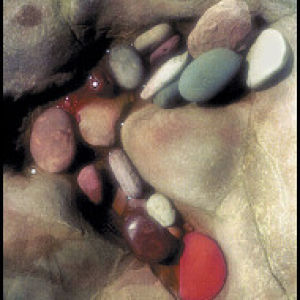 Came across these Cavorting Sailors whilst taking a constitutional down Granton Shore today.

The demon seamen used to form part of an installation in front of the well kent mural beside Leith Library.

Artist Shaeron Averbuch created the sculpture in 2002 from ferro-cement and some real whisky barrels.

There were originally three sailors but one went AWOL shortly after they were unveiled. No doubt serving as a coat stand for some Emeritus Professor of Chemical Abuse and Elemental Radgeness.

The area in front of the mural is a well known shrine for worship of the purple can so they were always up against it.

In bags of money 2008 the local community council were up for giving Ms Averbuch £5,000 to "restore" the boys' dignity.

Try that these days. "Gies five grand for some red paint"

Wouldn't get you past the Balkan yellowjacket on the door.