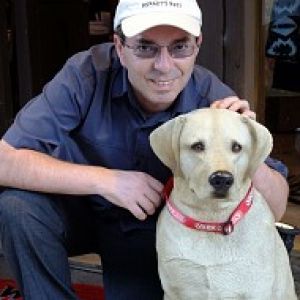 99 years in the Folsom pen

This is Tigger ....aka "The Enforcer". Currently serving 99 years for a vicious attack on a vet for no good reason.

The story went something like this .... Tigger was due her yearly checkup and booster. By the time she got to the surgery, she was a wee bit stressed out (she doesn't like riding in the car). I warned the trainee vet (yip ... a young foreign trainee vet who spoke very little English) what happened last year ... back then, it took two vets with gloves and lots of "calming blankets" to take her alive and get her out of her basket.

He puts his face right next up to the cage basket and she scratches him. The hissing and the howling starts. You would have sworn there was a real Tiger in the room. She was wild.

He summoned help from the lady resident vet. Seconds later, they have Tigger out of the basket, but they lost control of her and she jumped behind the venetian blinds. When the vets approached her, Tigger attacked them through the blinds and then made her move to escape .... by climbing up the blinds and dangling from the ceiling.

They summoned for the "crush cage".

The crush cage is a device that they can put the cat into and then squeeze her up against the edge of the cage in order to restrict her movement ... the ultimate goal here was to at least give her the booster injection from the safety of outside the cage. They had long given up any hope of examining her in any way.

Well, 45 mins later, they eventually stuck the needle into her.

A song for Tigger.

My wife has never ever seen this side of Tigger's nature. No-one has, apart from the vets and myself. Tigger is normally a beautiful, peaceful cat, but she just does not like going to the vets. We've tried all the advice they have given us.