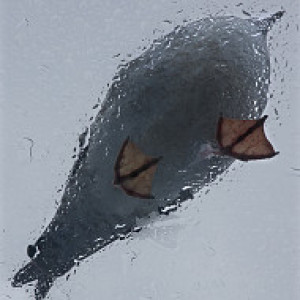 I really got off lightly after Wednesday night; not too badly hungover, just the muzzy residue, leaving me a little lightheaded. When I got a couple of hours, I wandered through my little town, gloriously lit by the strong evening sun. Blackrock was once a self-contained village, that took its name (I read) from a distinctive boundry-stone that marked the limits of its territory. Now, like everywhere else in Dublin, it is merely a node on the voracious urban lymphatic system. But on evenings like last Thursday's, when sunlight penetrates and warms the car-choked main street, there is a forgiving, nostalgic glow to the place. The reflections in the shop-windows are mirror-sharp, much more interesting than the product-displays. Sometimes, though, the displays take a hand in making an arresting image, like the mannikins in this new men's shop.