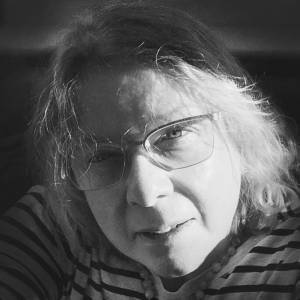 Sue Foll's picture of the day

Richard Beeston or Beest was the much loved Foreign Editor of The Times ( I choose to cap up Foreign Editor as a mark of respect on this occasion even though it's not Times style).

Richard sadly died of cancer and today his memorial service was held at St Bride's , the journalist's church in Fleet Street.

I went with my friend Isobel who had first met Richard aged 20 on a newspaper in South Africa. That they both ended up on The Times is an indication of the closeness of our community. I first met him in 1991.

Isobel and I arrived early and so sat behind the choir, who's rendition of Dido's Lament was truly spine tingling.

We were in good company. To our left, the Israeli Ambassador arrived (with bodyguard), ahead photographer Don McCullin and to my right, Boris (who was the first on his feet for Mine eyes have seen the glory).

The eulogies were particularly moving, especially from Ben Macintyre who had us laughing about everything from Rick's dancing to Kabul as an idea for a romantic break with his wife Natasha.

Finally, the newspapers (seen in the picture) were handed out to attendees as they left the church. Containing tributes from young foreign correspondents (not capped up here... they need to earn it!), it was a reminder of where Richard's standards were. They were importantly high.

RIP Richard Beeston. You are miised.