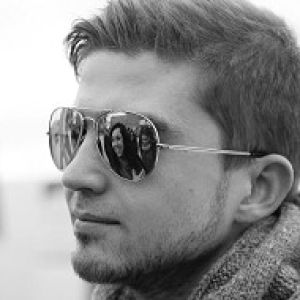 Today's Uganthem which got sung quite a lot of times by me and The Bro...

Finally! An entry that begins with a decent lie-in! Lol, jk! We woke up at 6am... Breakfast was a coffee and this was briefly followed by a cock-up at the ferry because Mohammed told us he'd done something that he hadn't... I really wish that this was the only time I could say that, but it's fairly standard practice.

Eventually everything got sorted though, so all was good in the hood.

We tacked on behind another tour group who a guide (guide = gun to protect you). It was business as usual; rolling around the park seeing a few of the more common animals and then BOOM! We passed a watering hole and there was a male and female lion just chillin' out maybe 25-30m from the track. The following is an account of what definitely did not happen next:

We definitely did not break the law and follow the tour group in front off the track, we didn't get to within 10m of the lion and we also definitely didn't stay there for ages watching them chill out be all cool. Not one single bit.

I got some pretty tasty shots (this one included) and Axel got some incredible video footage. Considering that wildlife photographers track animals for weeks and months on end just to get the right shot, we struck gold on this trip. Lions just radiate such power.

I honestly thought that nothing else from today would even come remotely close to being able to top seeing the lions, but straight after we found this couple we saw giraffes even closer and they were fighting. I'd only ever previously seen it on Attenborough's Africa so to see it live was something special. Smashing their necks into each others' torso, neck and legs trying to topple the other one was just so striking. They weren't going hell-for-leather but they were giving it a decent go.

Over lunch time we chilled at the Rangers' Lodge and had a bit of our food jacked by the bloody cheeky baboons who have absolutely no fear. At 2,30pm we headed over to the boat and travelled up the Nile to see and trek Murchison Falls waterfall. Dayum! The boat trip was good and the highlight was seeing all the elephants. They were bollocking around near the water's edge spraying each other and taking a drink to try and keep cool in the heat. The other animals were relatively 'standard'.

I really dislike becoming de-sensitised to how awesome the wildlife is out here because as soon as you leave you regret not having paid more attention. It takes a real effort to remind yourself of that.

Trekking up the falls was amazing; it took us a bit longer than expected due to some of the guests being slightly less fit than was required, but it didn't matter as it gave us more time to enjoy the scenery. We got loads of shots from the top including some absolutely shameless GoPro selfies that Kris should be getting up online very soon! I'm really looking forward to seeing those.

We had to race back from the top of the waterfall to leave the park as technically we stayed longer than 24 hours in there which means you have to pay for a whole extra day. This would have been expensive and a huge waste of money as we didn't have time to stay longer (incidentally I actually would have had time, but that's another story altogether). Clearly, then, now would have been the perfect time to get stuck in some mud. Brilliant...

We struggled along for a bit before I got bored and jumped out to push. Good job I was wearing boots because the mud was so deep it swallowed the whole height of my shoes. I got us out of the mud and then 10m later we got stuck again. Yay! This time Kris and Axel jumped out to help and we eventually cleared the slop. The reason why the track was ruined was because in the middle of Murchison Falls National Park there is an oil drilling operation being lead by Total (hence the genius Blip title) and the lorries used to transport all the equipment, vehicles and plant machinery chewed up the track.

Basically we ended up getting to the gate too late. Way too late. Considering we'd already bribed convinced the entrance guards to extend our time in the park by contributing $20 each, we didn't want to get whacked with a $35 additional park fee each! That would have made it a real expensive trip (although obviously, still well worth it). Instead Mohammed managed to bribe persuade the guard to let us out by promising him 10,000UGX (£2.50) phone credit. Simples.

To make matters just a little bit more exciting the petrol light came on as we left the park so I was envisaging us breaking down at the side of the road. Then it started blinking at us. Then it started flashing. Luckily we got back to the hostel without a hitch.

Dinner was a return to Travellers' Corner; fantastic Chicken Fajitas washed down with a Nile. Back to Alinda and then we crashed as we had another early start tomorrow morning.

I love love love this shot. I really wish it worked in B&W but it doesn't look right to me and it more powerful in colour. I don't think it's a technically brilliant shot (point a camera in the general direction of a lion and you'll probably get some decent shots) but it reminds me of the whole day and I like that.