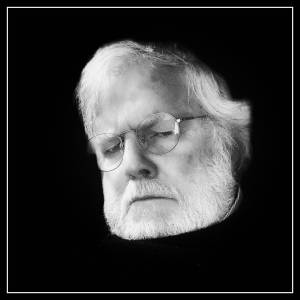 Chucho the giant and his bassist

Today I attended a Latin jazz master class for piano by the great Chucho Valdes.
It was unique, but the best moments were lived when a kid from the public took the stage to accompany him on bass while Chucho showed his technique to play along like him and like his father, Bebo Valdes, simultaneously.
In the picture, one see Chucho talking with the public, while the kid is waiting, nervous, to accompany him on an improvised piece.
Chucho hasn't noticed him yet.