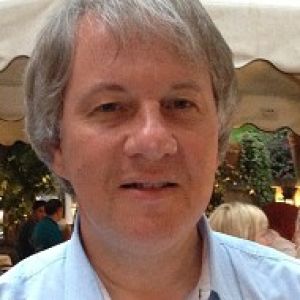 I took this photo at the newly opened BBC studios on Friday 14th December, 2012. Martin Bean, Vice-Chancellor of The Open University, here announces that FutureLearn, Britain's first MOOC, is to be launched, owned by the OU with 11 other top UK Universities as partners. Under the leadership of Simon Nelson, Chief Executive, FutureLearn, that number has now risen to 26, plus three content partners, British Council, British Library and British Museum. Martin Bean, who is also Chairman of FutureLearn, is interviewed just before 7 am by the magnificent Jim Naughtie on BBC Radio Four's The Today Programme. On Wednesday 18th September, FutureLearn went live for its beta phase, launching its first courses. FutureLearn attracted 25000 registered users in the first 24 hours. It took the OU one year to enrol that many students when it first started more than forty years ago. As the OU's Director of Communications, I have championed FutureLearn every step of the way, guiding and supporting its communications. Its great "start-up" team is currently based at the OU's offices in Camden, opposite Poppies Fish and Chip restaurant!