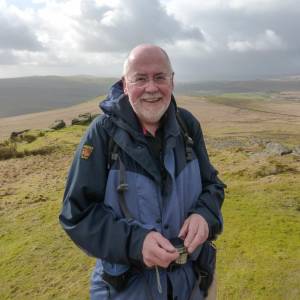 This is the north entrance to Grenofen tunnel. The tunnel was built by Isambard Kingdom Brunel in 1859 and trains used it until the 1960s when the railway closed. It was unused for fifty years and reopened on 5th September 2012 as part of Drakes Trail and this is a part of NCN 27 which links Ilfracombe in North Devon with Plymouth. No structural work was necessary to the tunnel other than to install low level lights and a new tarmac track – testimony to Brunel’s work all those years ago. Nearly 18 months on the track is well used by cyclists and pedestrians. There is more on cycle path and tunnel on my blog for 5th September 2012.