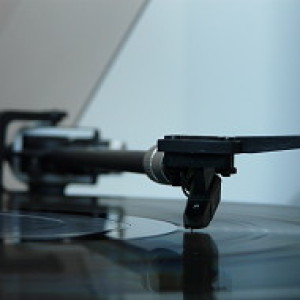 When The Process toured the west coast of the USA we were lucky enough to use San Francisco as our base for three or four days. As you all no doubt know San Francisco is an amazing place and being there, much like New York, is almost surreal as everything is iconic and you feel like you’ve been there before because it’s all so familiar from films, books and TV. However, exactly like New York, it’s often only when you spend proper time pounding the streets with people who know the city that you get to feel the real vibe of the place, and discover the most important part of any city; the record shops!

By the time we reached San Francisco we had quite a collection of fragrant gifts which had been bestowed upon us by very generous promoters. As we had to fly to New York from SF, some amongst us decided that these donations should be consumed rapidly and this often led to late nights, that and the endless stream of Pabst Blue Ribbon and Jon’s oasis of a backyard, which in turn led to less than early rises.

Jon, like many of our hosts on the trip, had a dog which meant I, as the band’s allergy boy, had to sleep in the van. We always like to have an allergy boy on tour; in Japan it was Finch with his fatal allergy to all of Poseidon’s gifts. Luckily my sneezing and itchy throat was not quite as serious, but even the slightest sniff of weakness meant I was condemned to the van. Which was not all bad, apart from the fact that it was parked on one of SF’s steepest hills and the neighbours weren’t that happy when I was caught, twice, emptying my large bottle of ‘apple juice’ in the morning. Oh, and Jenson wasn’t too chuffed when I left the stereo on all night meaning the van had to be jump started when we were already running late for our gig at The Knockout.

To be fair, I was, and often am, more than happy to sleep in the van as it means I avoid animals and the other dreaded horror of touring; snoring. It also means I get up early which always leaves me with the option of having a wander. Good news in SF, not so great in Middleborough when somebody’s been trying to break in all night.

I’d already patrolled Mission Street with Finch and ordered a lifetime’s supply of Dickies shorts and Ben Davis trousers when the other guys awoke and Jon said he’d take us to see the sights. What a day we had; Haight Ashbury, Golden Gate park and a walk under the Golden Gate Bridge, encountering all manner of hippies, freaks, bums, skaters, norms and everything in between. It was like being in a Fabulous Freak Brothers comic, still! Unbelievable, and despite the overarching ‘cool’ vibe, it always felt slightly on edge.

As you can imagine the highlight for me was visiting the legendary warehouse style Amoeba Music. It’s the holy land for any music enthusiast, with a stock that is literally mindboggling, covering every style you could possibly imagine. It took me about three hours to get through the metal section alone, which may sound like a waste considering the wonders just outside the door, but for me it was frustrating that I couldn’t spend all day there. However, my more sensible friends and the niggling omnipresent hangover meant three hours was more than enough for us all and my spend was kept to a sensible $100 or so.

One slightly worrying aspect of the metal section was the surprising number of records by bands who certainly wouldn’t have fitted in with the peace and love to all men being promoted only metres down the road, but I wasn’t there to judge, I was there to indulge.

‘Joined in Darkness’ is considered by many to be a landmark US Black Metal release and it’s no surprise that NWN! have put their usual sterling efforts into a sumptuous re-release of the 1995 recording. This version is the Die Hard release with poster, patch, splatter vinyl and screen printed fourth side. Amazingly it was only $15 which is a real bargain.

Demoncy are fairly typical USBM relying more on the South American/Blasphemy blueprint rather than Scandinavia for influences. They do have a certain iciness apparent throughout the recording, but ultimately every song begins to sound the same and I couldn’t differentiate between the first and last track. Despite its prestigious retail origin, ‘Joined in Darkness’ is underwhelming.