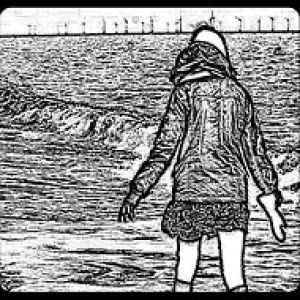 Second day and I failed to post in time...I won't be too hard on myself. It has been a very hard day.


I woke up today and felt fairly normal. For all of five seconds. Then the guilt set in. Why was I feeling ok? Does this mean I'm not ill? A fraud, perhaps? What if I'm better? The drugs might have worked? But this led to fear.

I managed to persuade myself to go downstairs to get the washing I'd put on last night as I realised my swimming stuff needed to dry so I could go swimming this afternoon. Once I had got out of my room, I thought I might be up to doing a bit of hoovering. I hoovered the stairs which was an achievement as I had started feeling lower. My housemate started talking to me and I found it hard to sound friendly. I think I did ok but I really just wanted to go back to bed. I hoovered the landing before grabbing some lunch from the kitchen and retreating to my room.

I curled up in bed and texted Meera back from yesterday - she had asked for advice on which college to apply to. I was completely stressed by the time I had finished texting. Maybe I didn't want to be responsible if the advice I gave turned out not to be good. What if she ends up being the one person at a college getting rubbish accommodation or is really lonely? I don't think these were rational thoughts but I am slightly struggling to know whether some of the responsibility could lie with me...

Anyway, I felt out of breath, like I had been sprinting. I lay in bed, not wanting to do anything. I couldn't face the idea of swimming. I didn't want to leave my duvet. I toyed with the idea of cancelling but could picture the disappointment Tess would feel to miss out on her swim. The deal is usually that I swim and she looks after her son (J) and then she swims while I look after him. In the end, I decided to offer the compromise of me going to her house and babysitting while she went swimming. It still meant getting up, but it felt more manageable. I didn't manage to leave on time (I couldn't find my hairbrush, I looked a mess, my hair really needed a wash, I couldn't find any gloves, my hat was in the wash: I overgeneralised and decided I was a disaster) so was late, but by the time I had got to Tess', I was feeling a bit better already.

I sat with J while he ate. I was a little stressed about the cleanliness of my hands but mostly was thinking about this post actually. When he had finished eating, I took him upstairs to play. I had thought I would be able to just sit on the sofa but somehow everything he did needed careful watching. I felt pretty exhausted and my mood blackened. In this time though, I did get today's picture.

I stayed at Tess' even after she got back. I was, by now, feeling thoroughly drowned by the weight of depression. I felt hopeless. The blackness of the prospect of tomorrow morning hung over me. I really don't want to have to do creche. It felt an insurmountable task. I started feeling angry with a friend who had said some things that upset me a bit last night. She is having a very hard time at the moment so I texted to see how she was doing. I really wanted to ask why she had said what she did but I didn't want to upset her.

I began to read my new book (recommendation of the psychiatrist). It was talking about CBT versus antidepressants. A lot of things were going on in my head and, pretty much simultaneously, I was despairing at how terrible I felt and stressing that I was going to get better. Reading about CBT also made me sad as I miss Lucy, my last therapist (eurgh I really don't like that word, it makes me feel pathetic. I sort of know it isn't pathetic to need a therapist, but I still feel it is for me).

The book went on to say how approximately 2/3 of patients will respond well to CBT and will be OK after fifteen to twenty five sessions. The other third, however, are more complicated. They will say they want to get better but when it comes down to doing the work, they won't fully engage. Hmmm, I don't like to admit it but this sounds a bit familiar... The book explained that in these patients there is a fear of change and deeper work is needed to quieten this fear so that recovery is possible. It was reassuring to read this. I think I sometimes feel like I must be terrible for being scared. Guilt will often make me do the exercises I am meant to, but the stress in me is huge when I feel like I might be properly engaging in something that might make me better. I think that is why I was in such a state about this blog this morning, for example: being excited, stressed, scared and down.

I was supposed to be going to the pub with some friends this evening but as I lay on the sofa, feeling worse and worse, I seriously contemplated cancelling. Everything felt grey around me though and I realised the best chance of me losing that greyness would be to get out and try to have a nice time. But then, I felt a mess, really low, it was cold outside, I didn't want to go. Surely it wouldn't hurt anyone if I didn't go...? Tess said she thought people would really like me to be there. I then felt like my new found rule of trying not to cancel things where I would be helping someone meant that I couldn't cancel anything. My heart sunk some more. Almost like if I did I would be choosing to go against God and that I might go to hell. I need to attack this thought. We are all sinners. That is why we need Jesus! And it's not about what we do, it's what Jesus has DONE!

And I need to be encouraged by Philippians 1:6:

'For I am confident of this very thing, that He who began a good work in you will perfect it until the day of Christ Jesus.'

'If you declare with your mouth, “Jesus is Lord,” and believe in your heart that God raised him from the dead, you will be saved.'

Anyway, I ended up going to the pub. On my cycle there I think I managed to feel less angry with my friend. I realised that I think she probably said what she did with the intention of helping me in the long run. Also, she probably appeared to lack sympathy because she is having such a difficult time herself.

On arrival, one friend (1) came over to me and asked for a big hug as she said she was feeling inexplicably sad. I obliged and wanted to talk about it with her. I was worried for her. She said we needed to go and socialise with the other two. I found it difficult not being able to get to the bottom of it. Maybe this was quite selfish, needing reassurance that she wasn't suffering too much. Maybe it was just caring. But from the frequency with which this happens, I worry there may be a selfish element.

It became apparent once we had sat down that another friend (2) was bothered by something. Yet another friend (3) half told her off for bringing it up which made me feel even more worried for friend 2 that she might feel alone as well as sad. I found it verging on unbearable being in the situation and struggled to make conversation, especially to friend 3, which made me feel bad. I seized every opportunity I could to talk individually with friends 1 and 2 to try to help them if I could/gain reassurance they would be OK. I wanted to leave but felt bad leaving friends 1 and 2 without supporting them more. I am pleased with myself that I did manage to stay until friend 2 was leaving. I walked back to hers with her which gave us time to talk a bit more about stuff. I was still worried. But God is in control, not me. The best thing I can do is pray for people and let them know I am there for them if they need. I can look out for practical ways to help but ultimately the thing to do is to do as Psalm 55:22 says:

'Cast your cares on the Lord and he will sustain you; he will never let the righteous be shaken.'

This is also very apt advice for how I have felt since getting back tonight. I got myself into a stress about everything I need to do.

I still don't want to do crèche tomorrow or have my blood test but it will be over soon and it probably won't be that bad anyway. What's the worst that can happen? I can always leave crèche early. And the blood test might not be fun. I might even faint. But that's ok, we can handle that. And I have God with me all the way.

Again I am worried that I haven't mentioned everything or haven't attacked enough thoughts in this. But I don't need to be perfect. In fact I can't be. That's ok. I have done really well behaviourally today and spent lots of time on cognitive work: I should be pleased with myself. And now is definitely bed time!