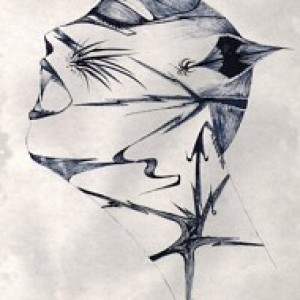 Problem No2 - the east horizon has trees and houses. I had to find a spot between them all and set up quickly. This meant hoicking the 8" dobsonian from its place to the path outside the front of the house. A distance of about 90'.

Problem No3 - the sunset was at 1809hrs so the sky was quite light.

I usually capture the moon in 4 modes on the Samsung NX1000 camera: None; vivid; black & white; and custom 2.

This is the 2nd image (vivid so highlighting the sunset colours) through low level cloud. No processing - image straight to you.