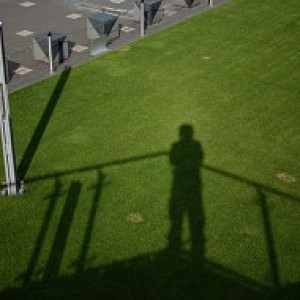 Sumo is well known not only in Japan but in all of the world.
Needless to say, it's a Japanese traditional sport which is a competitive full-contact wrestling where a sumo wrestler attempts to force another wrestler out of a circular ring or to touch the ground with anything other than the soles of the feet.

Usually sumo competition is held on odd months, but today special sumo practice was open to the public in the event which a famous Japanese IT company held at a massive convention center out of Tokyo.

While two wrestlers were practicing in the field, other wrestlers also exercise where each leg in succession is lifted as high and as straight as possible, and then brought down to stomp on the ground with considerable force.