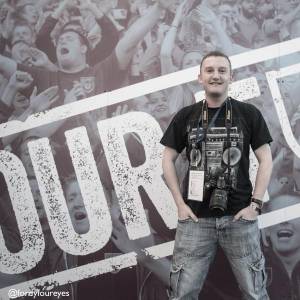 An afternoon with the Prime Minister

Travelled over to deepest dark Barnoldswick today to film David Cameron as he visited the Silentnight Beds factory.

Sat in and filmed his very long q&a session with the employees, he came across quite well, even cracked a joke or two!

I've filmed the Prime Minister before, but today's was a lot smoother, last time I was only allowed to film his arrival and departure, was a very rushed job ... maybe next time I'll get to film a one on one interview with him... fingers crossed!