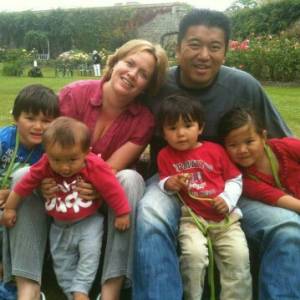 Call during the day...

My wife rarely calls me during the day, so this morning it was a bit of a panic answering it knowing it was the last day of school which is always hectic.

My wife tells me that may nearly 4 year old son wanted to speak to me, and he told me he rode his pedal bike for the first time.

This is a big deal. My two older children learnt to ride a bike the way I did. They had their bikes with stabilisers and as confidence grew we raised them, then removed one, before venturing without. It took a lot of patience, but my daughter could ride a bike when she was six, and my son when he was about five.

My second son grew up with a balance bike, effectively a bike without pedals. He learnt how to push himself along and build up enough momentum to lift his feet up. That was great, but a pedal bike threw his balance off as he had to compensate the distribution of weight.

He had a bad time with a bike I bought him as it was too heavy. A recent garage clear out unearthed my eldest son's old bike. It was like dangling a carrot to my second son, who was now a proud owner of a Spiderman bike.

My wife found the time to take him to Brooklands, where they have a great track and his first go in an open space he was off. There's no stopping him now!