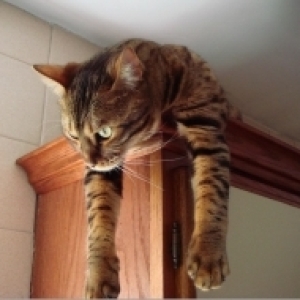 The building was completed in 1717 in the Queen Anne style (the most modern and fashionable style of its time), as the premises for the Blue Coat School.

The latin inscription below the pediment translates as:

"dedicated to the promotion of Christian charity and the training of poor boys in the principles of the Anglican Church."

The building was paid for by Bryan Blundell, sea captain and merchant, who made his wealth in the American trade that included slaves and tobacco.

The school out-grew the building at the beginning of the 20th century and since then it has served as the oldest arts centre in Great Britain.