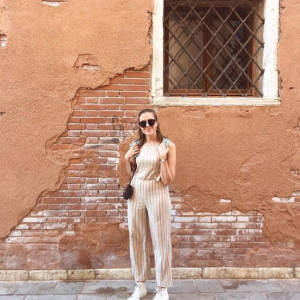 I had a pretty rubbish journey to work. For once it wasn't the trains, but the buses. I waited for over half an hour for one to arrive, and when it did it was full and just glided on by. In the end I'd waited so long that I was on the same bus as Graham, who witnessed me whacking my head on the ceiling as I squeezed into a seat.

I ended up missing 2 trains, and got to work over half an hour late. Oops! Ordinarily I'd have made up the time in the evening, but not today - I had to rush back to Oxford to go with G and Francis to see Naomi Klein talk about her new book.

It was in the Sheldonian - so beautiful but rather uncomfortable seats. Vivienne Westwood was there too, and although she was just introducing Ms Klein, I was slightly looking forward to her bit more. She's the best. (So were her shoes).