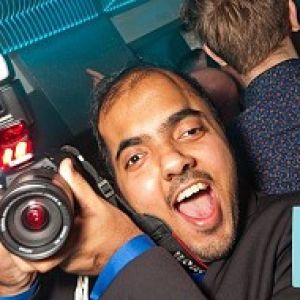 Rob had a spare ticket for the NFL matches at Wembley this year and he was kind enough to give me first choice on what match to go to. It was an easy choice and one I'm glad I made as we saw the Detroit Lions, without their star Wide Receiver or Running Back, come back from a 21 point deficit to win the match 22-21 with one second left!

As this was my first NFL match, to say I was excited was a huge understatement! The atmosphere was amazing and the match was phenomenal! The cheerleaders were also straight in front of us which was an added bonus. I definitely owe Rob big time for this!

Here's Falcons RB Steven Jackson (39) running in for the 3rd touchdown of the game. We all thought it was game over by this point!