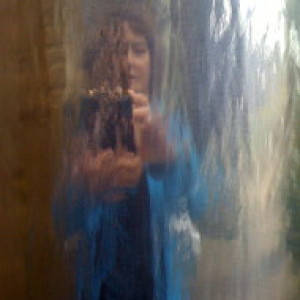 BFG at the Lyceum.

Girls enjoyed it immensely. Well, the little little one enjoyed it eventually... Once she removed her hands from her eyes in the interests of eating her crisps.

The big little one was very impressed... She liked the loooooong farting scene the best :) I liked the queen.

I was less impressed with the second half but the little little one *loved * the Christmas songs at the end which was a relief given she spent the interval demanding I take her home!

Oh! And we were in a box! Marvellous. Though was mortified at the end when I realised girls had spilt crisps everywhere and the little little one had tipped melted mint choc chip ice cream all over me and the chair.

Sigh. We'll *never* be invited back.