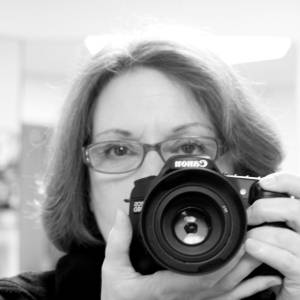 A Walk Through Deb's Life

What sounds better than a Harley? TWO HARLEYS, that's what. Most people are surprised to learn that I ride my own bike. It's not that hard really and it's better for a person like me who has trouble relinquishing control (I was never very comfortable on the back, it's just too dangerous :). You can't see what's behind you, and you don't know why the driver has chosen that exact part of the lane to be in. It's just better for everybody involved if I'm in charge of my own throttle and brakes. I didn't ride at all last year because I had broken the middle finger on my clutch hand and it wasn't strong enough, but I think it is now. I'll have to test it out on a short ride to see. But not today. Today my Taxman is cleaning both bikes and will give them the ole once over to see if they'll start. They have been sitting garage-bound since last fall. Then I predict he'll take each one out for a spin just to get 'em warmed up.

He'll be doing that while I go to the cinema to see the Swedish film, The Girl with the Dragon Tattoo with my book club friends. We read it a couple months ago and we think it will be lots of fun to watch the film together (with subtitles, argh) and then discuss it later over cocktails or coffee.

Today is my grandson, Owen's 4th birthday. Happy birthday Owen! He doesn't actually have a blip account yet, but he will one day. Maybe I should get him a cheapie camera to learn on.

Guess which bike is mine...