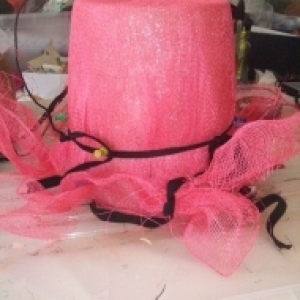 Lola-Poppy and Alice-Peanut, our fur children, our first born.. god pets are great! So easy, if you forget to feed them (no chance with these two), no huge crime - I'm talking one meal here, not days worth. They can be left home alone during the day, left out in the rain (briefly) if they are naughty... threatened with water if they bark too much...

These two are more than 'pets', they're Griffons! - A whole 8 kg worth if you're lucky!! (that's combined)

This isn't Alice's first appearance on a blip, no, she has featured before in one of Lapiaz blips. She may not have been quite as white then. Alice is a neurotic wee cherub; "Mama's doggie" as our son says. We have photos of when our son was born 5 yrs (nearly) ago, Alice was completely black in the muzzel. Photos from 6mths after our sone was born, show the effect of a baby in Alice's space... then when our wee girl was born 8mths ago (today actually), we had to spend 2 weeks in hospital, everyone else coped, except Alice, when we got home, she was almost completely white on her head, and even on the backs of her legs.

Lola arrived first, we thought "oh no, we've got a quiet timid puppy".. puh! that soon changed. She's a fluffy bag of wind, who doesn't realise she's a litle dog.. what's she'd do to be able to take on the neighbours doberman!! When she was a puppy she did go walking with a big dog.. Storm, of (three)56 fame. Storm didn't want a bar of this 'excuse for a dog', and for every one ofStorm's steps, Lola took 4, and recieved a constant kick in the head , as she was at just the height of Storm's step..

Two are much easier than one.. even 3 would be ok - Fur Children that is.. bugger 3 two legged ones.. AGGGGGGGGGGGGGGGGg my mind is moosh enough with just 2!!!!
Biggest 'problem' with these little suckers... they snore like you wouldn't believe.. think of the loudest snorer you know and that's Lola!

Lola and Alice are great mates.. hell hath no fury if you're a black bird though.

yep, Our First Born. .. (they are even the same age, born the same day, 2 different litters.)