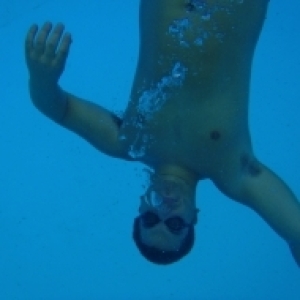 oh man, what a day...but where to begin?

had class and was all set to go home when the editor in chief of the school paper that i write for, wanted to talk about my previous article about the Child Development Center which has been shown here a number of times, apparently there were some problems and there is going to be a board meeting on Wednesday to discuss everything, i even scheduled a meeting with the president of the college to get his story, so yea this is going to be very interesting. spotted this guy while we were waiting for the CDC doors to open for our interview

once we finished speaking with a teacher of the CDC, we were walking back when band members who were doing a benefit show for Haiti to help raise money, were lost and trying to find the theater, just so happens that i was going to be covering their event which surprised and delighted them

came back from the event awhile ago and man are my ears ringing, but it was a blast to see such a variety of bands willing to play their music for such a cause, the people who were running the event are trying to reach their goal of $10,000 to help Haiti and from the looks of it, they're nearly there