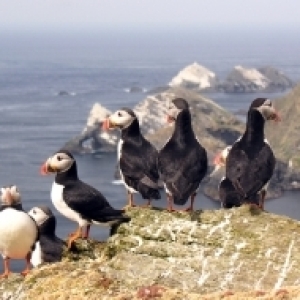 Life of a toaster

Scotch on the Rocks

In a completely acceptable way.

Of course, as a malt drinker the idea of ice in my whisky is distinctly dodgy, but for my birthday (on Wednesday) I decided to treat myself to this malt. It's the production of a Canadian distillery called Glenora, which is the only commercial malt distillery in North America. Believe it or not, they had to fight to use the name: for commercialsome bizarre reasons the Scottish Malt Whisky Society took exception to the presence of the word "Glen", contending that it might mislead drinkers into thinking the whisky was Scottish. Correctly IMO, the Canadian courts told the SMWS to get lost.

Anyway, the "ice" part comes from the fact that the whisky is matured in casks formerly used for ice wine, something Canada produces significant amounts of because it's got the specific climate requirements to do it. The resulting whisky is quite nice, a bit unbalanced but certainly worth the effort to track down.