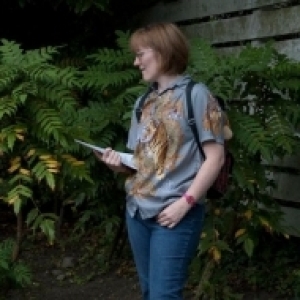 Stealing a march on...

The march stones mark the borders of the 'Freedom Lands' of Aberdeen, there are alot o them! This one was round the corner from my old flat where there's another one!

The Freedom Lands included the hunting grounds of King Robert the Bruce of Scotland which were granted by the king to the city for their support in his bid to gain the throne. The Inner and Outer marches reflect the expanding of Aberdeen's boundaries up to the 18th century. The last few areas to join the city include Old Aberdeen, Bridge of Don, both designated 'Oldmachar Parish'; Woodside, Bucksburn, and Clinterty.

See the council's weblink for a leaflet on the March Stones: http://www.aberdeencity.gov.uk/web/files/LocalHistory/march_stones_01.pdf