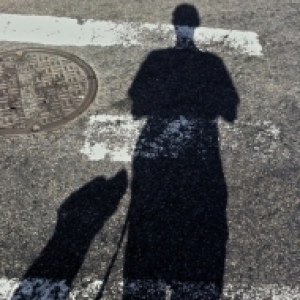 I took around 30 photos of this car wash and the traffic around it. It did not go unnoticed. A larger man with a flat cap asked me if I was taking photos in the soft-spoken way that means he's the boss, though perhaps more the seedy underworld kind of boss. I was intimidated but knowing I wasn't doing anything wrong, replied that I was, and asked if he worked here. He said yes, though later he seemed to be conversing at the gas station across the street. I told him it was merely a hobby, not professional. He mumbled and motioned at some of the things I was taking pictures of. I offered to show him some of the photos which perhaps disarmed him or so concerned him that he said I could take as many photos as I wanted, patted my shoulder, and walked off, leaving me a bit perplexed.

I am not super comfortable being the focus of strangers, which is often at odds with being a photographer, where it's hard, at least with the lenses I own, to avoid bringing attention to myself. It may be time to get a larger lens, though, there's something adventurous about these kinds of interactions as well.