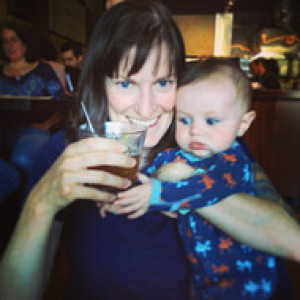 So, I have to tell you...I have been working on toilet training the cats. That's just about the first time I've confessed that outloud, in public. It's been a couple of months now and we progressed slowly from raising the litter box to the height of the toilet (to get them used to jumping up), to putting it on the toilet, to doing away with the litter box and putting a small bowl of litter in the toilet (shown here). Mushroom is so smart that I feel like at each step he gets it instantaneously and we could probably just say "Mushroom, we'd like you to use the toilet from now on." and he'd say, "Ok. Why didn't you just say so!?" But, alas, poor sweet Fergus...

He is not as quick as Mushroom is. He is having some troubles adjusting. After trying to push him a bit too far this weekend I am now having to take a step or two back to wait for him to progress again.

I liked this blip because I like how he appears to be contemplating the litter-toilet situation. Hopefully this will be one of those good blip-markers-in-time that I can link back to once the potty training has been successful and the idea of scooping a litter box is a thing of the past!