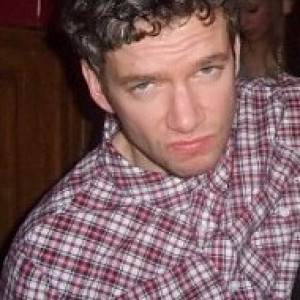 Dust to dust and 3 Church "p"s from Wikt

My father came out of the closet this evening.

We went, as a family, to Holy Cross church at 5.30 this evening for a mass said in memory of my old man.

It was 5 years ago tonight that he died. The official records state that he died at midnight and they put the date as the 23rd of December, like in the obituary top left, (sorry for creasing yer face there big guy). Well... another of my heroes, Joe Strummer, died on the 22nd of December, 5 years ago and as far as I'm concerned the old man popped his clogs way before midnight on the 22nd too. So there. Damn the bureaucrats! In the shot bottom right you can see the confusion led to my Mum putting "died 22/23 December 2002" on his death/prayer card.

Anyway, as stated about a year ago, he was a bit of a nippy sweetie so when we got him back in a big maroon Quality Street tub it was payback. We thought he should spend some time in purgatory. He's been in the back of my Ma's wardrobe for 5 years now and I think that's long enough. It's the quietest he's ever been. He served his penance.

To be honest we didn't know what to do with him. When someone dies suddenly they don't get a chance to say "I want this" or "I want that".
Remarkably, a few days after the funeral, we're going through all (fucking loads) of his paperwork and lo and behold we discover there's a spot at Mount Vernon left in the family plot! "Oh shit!" we thought - he'd set himself up with a wee grave so he could be buried next to his Mum and all that and we've just cremated the poor guy. All are relieved when we discover it ain't for him.

One piece of sentiment I've kept and treasured is the letter (top right) that he sent to the tax man when I was barely whatever old and we lived in Park Road, Newhaven. He disnae mess aboot with his priorities. "On...../.../... my wife gave birth to a son, James Matthew. Please amend my tax code accordingly". Typical accountant.

I reckon he can stay for Christmas dinner in the dining room this year and then we need to do something with him. He's starting to get under my feet at my Mum's already and I've only let him out for 5 minutes.

One last piece of anecdote. At the mass this evening I note on the order of service for the week ahead that there is a mass to be said in memory of William and Margaret McLaughlin later this Christmas week. It jogged the memory because conincidently this Margaret McLaughlin died a day or so after my Dad. They are in the same parish as us, with the same spelling of surname but are no relation. Her daughter was at the mass tonight.

As with a lot of Catholic families both grieving McLaughlin families went to Thomas Marin & Sons Funeral Directors up near St. Pats (Cowgate) on St. Mary's Street. Now, my memory tells me our particular experience with the Marin crew wasn't the best. After I mentioned to Mum tonight about digging Dad outta the wardrobe, then later showed her that the other McLaughlins were having a mass said this week she pointed out that it was Margaret McLaughlin's daughter in the pew in front of us.

I wondered to myself if we have this woman's mother locked in my Mum's wardrobe.

I still the miss the old fella though.