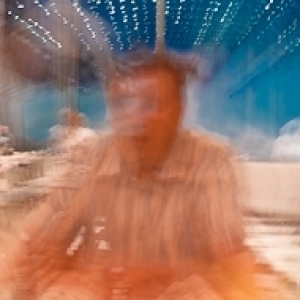 This isn't its official name you realise...just the name I call it by. Not only does it look dead and blackened as if it's been struck by lightning but it's shape is like a giant forked lightning bolt reaching up to the sky. (in fact it's not really dead as shown in this previous Blip by Delphwynd).

Apologies in advance as there may be a temporary break in my blipping....off on business until the end of the week and I can never be sure if I'll find the time, and internet access, to post blips. If I can't I'll backblip on my return.

During my packing I faced a technological convergence problem that extended well beyond the choice of which phone to take. I started off thinking I'd take the following:

Which is a bit silly really as all the functionality of the above devices could, in theory, be covered by a single device....the iPhone. Anyway we don't live in an ideal world and not all devices have the functionality that we want. So I had to compromise (driven by size and weight factors) into the following, slightly shorter, list:

Hope I can find somewhere to plug them all in to charge!