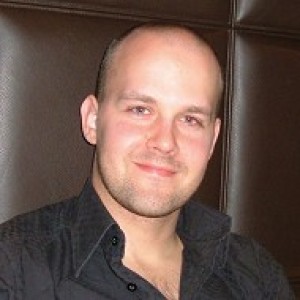 We had the traditional Bill o' Fare this evening - Haggis, neeps and tatties. Alas, the Great chieftain o' the puddin-race wasn't to Orlyn's liking, but that left more for me.

Earlier I took this shot of the Robert Burns Memorial Monument by Edinburgh's Regent Road. A city worker was just laying out the wreaths which had been laid inside the building at a service on Sunday.

The Monument was designed by Thomas Hamilton and is a variation of his earlier monument in Burns's birthplace of Alloway in Ayrshire, south-west Scotland.

In Edinburgh, the 'ploughman poet' proved an intriguing figure to members of Edinburgh society - and the city made an impression on him...

Edina! Scotia's darling seat!
All hail thy palaces and tow'rs,
Where once, beneath a Monarch's feet,
Sat Legislation's sov'reign pow'rs:
From marking wildly scatt'red flow'rs,
As on the banks of Ayr I stray'd,
And singing, lone, the lingering hours,
I shelter in they honour'd shade.

Here Wealth still swells the golden tide,
As busy Trade his labours plies;
There Architecture's noble pride
Bids elegance and splendour rise:
Here Justice, from her native skies,
High wields her balance and her rod;
There Learning, with his eagle eyes,
Seeks Science in her coy abode.

Thy sons, Edina, social, kind,
With open arms the stranger hail;
Their views enlarg'd, their liberal mind,
Above the narrow, rural vale:
Attentive still to Sorrow's wail,
Or modest Merit's silent claim;
And never may their sources fail!
And never Envy blot their name!

Thy daughters bright thy walks adorn,
Gay as the gilded summer sky,
Sweet as the dewy, milk-white thorn,
Dear as the raptur'd thrill of joy!
Fair Burnet strikes th' adoring eye,
Heaven's beauties on my fancy shine;
I see the Sire of Love on high,
And own His work indeed divine!

There, watching high the least alarms,
Thy rough, rude fortress gleams afar;
Like some bold veteran, grey in arms,
And mark'd with many a seamy scar:
The pond'rous wall and massy bar,
Grim-rising o'er the rugged rock,
Have oft withstood assailing war,
And oft repell'd th' invader's shock.

With awe-struck thought, and pitying tears,
I view that noble, stately Dome,
Where Scotia's kings of other years,
Fam'd heroes! had their royal home:
Alas, how chang'd the times to come!
Their royal name low in the dust!
Their hapless race wild-wand'ring roam!
Tho' rigid Law cries out 'twas just!

Wild beats my heart to trace your steps,
Whose ancestors, in days of yore,
Thro' hostile ranks and ruin'd gaps
Old Scotia's bloody lion bore:
Ev'n I who sing in rustic lore,
Haply my sires have left their shed,
And fac'd grim Danger's loudest roar,
Bold-following where your fathers led!

Edina! Scotia's darling seat!
All hail thy palaces and tow'rs;
Where once, beneath a Monarch's feet,
Sat Legislation's sovereign pow'rs:
From marking wildly-scatt'red flow'rs,
As on the banks of Ayr I stray'd,
And singing, lone, the ling'ring hours,
I shelter in thy honour'd shade.