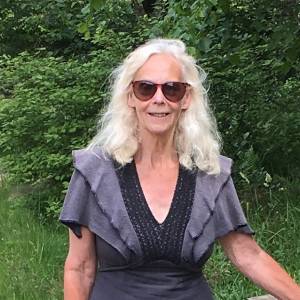 Another part of the water supply to Edinburgh from the Talla Reservoir. I showed you a large tower in an earlier blip but there were also numerous small columns like this one in which a transit instrument was mounted, like a telescope, which was used for setting out the alignment of the tunnels for the water main which passes underneath.
You can see these columns dotte around in the countryside nearby. Some are in bits but this one is fairly well preserved, probably because this is the closest you can come.