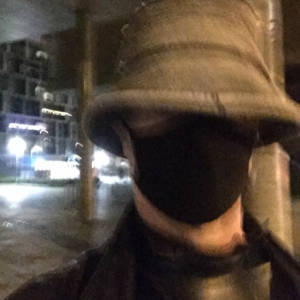 ... that pesky nazi swastika video, which has dogged my most popular YouTube video for an entire year, is now more prominent than ever. Now it pops up at the end as the "next featured video" despite no longer appearing in the right hand column.

... last year, after my video was shortlisted, I asked the Guggenheim if they'd have a word with Google and get the swastika video removed. It used to be prominently positioned right next to the screen in the right hand column. And it WAS promptly removed (I'd also requested my Bath video to be restored after it was censored due to a ridiculous false claim of "hate speech". And that was restored. Thank you Guggenheim). But as I say, I now discover that despite the swastika continuing to be absent from the right hand column, it is now newly positioned and even more extremely prominent on screen right after my video has finished.