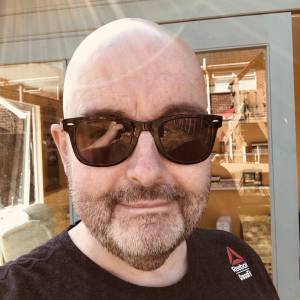 So I've used yesterday's original Blip idea for today because I'm having a lazy day and it was very easy to shoot in the sunlight outside. A lazy day because of the couple of early starts I had this week, and a few I expect this coming week also, and I didn't get a lie on this morning (*sobs*) as the Boss had to get to bed following night last night and before nightshift this evening. Sophie's at a birthday party and the house is otherwise empty...time for some slices of fruit loaf, coffee, hitting the recliner and firing up the DVD player!

Apologies for the wildly swinging range of shots over the last few months, but I feel that by now I should be specialising in some particular genre of photo. I like night shots, but I don't want everyone getting bored. I like "derelict" shots and buildings, etc, but it may bring the same result. I haven't the courage yet to approach people in the streets for street portraiture...what to do?