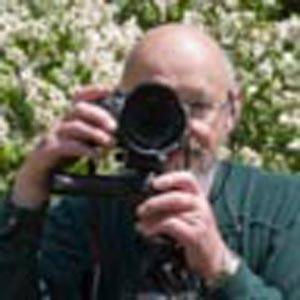 I'm a BOF (Boring Old Fellow) and MOS (Miserable Old Soul) and of course Grumpy Old Man, whose main interests are photography, cycling, walking and computers. Regrettably recent problems with my legs and back have reduced the cycling and walking.

My father was a keen photographer and camera enthusi Read more...

I'm a BOF (Boring Old Fellow) and MOS (Miserable Old Soul) and of course Grumpy Old Man, whose main interests are photography, cycling, walking and computers. Regrettably recent problems with my legs and back have reduced the cycling and walking.

My father was a keen photographer and camera enthusiast, and I probably first pressed a shutter release aged about 5, though I think I had my first camera, an Agfa Synchro Box, for my seventh birthday - I still have the camera, and the first photo I took with it (my father leaning on our car, an 'early perpendicular' Ford Prefect (don't get me started on the 'features' of that car!).

The next milestone was a Pentax S1a, my first SLR, when it was launched (1962 or 3?), thanks to my father. I loved that camera, and I still have it.

I thought I needed a new camera in the 70's/80's, and went to a dealer expecting to buy an Olympus OM - but the Pentax slogan of that time, 'just hold a Pentax' was completely true, and I ended up with an MX (which I still have). However, come AF, Pentax really lost their way, and I went for a Dynax 7000i. I'm sorry I didn't keep it - some shortomings, but I shot a LOT of images with it - none that were great photographically, but it was one of those cameras which motivate you to shoot more!

I suppose the next major milestone was digital - early Nikon Coolpix 900 (8 images on a set of batteries, and impossibly slow) eventually resulted in the Canon D30 - the first 'affordable' DSLR. I got some great (by my standards) images with that camera, but the ergonomics did not suit me, and switched to the Nikon D100 and later D200.

I bought the Sony A900 as the best value high res FF digital camera at the time - the D700 would really have been a better choice (as I had Nikon glass), but I'd just been asked for images to be printed 6 feet on the longest dimension. Actually I had to use very old images for that, and they converted adequately, so in many respects I regret not going D700.

Now, with increasing age, and back problems, micro four-thirds is my preferred choice, and the Panasonic GH2 in particular. Olympus produce nice-looking cameras, but the Panasonics seem really designed for photographers.

But equipment is irrelevant compared with images, and sadly I just don't have an eye for an image - I really try, but, like my drawing (and swimming!) abilities, I just fail. I like to think that I've improved, but I cannot spot possible images that others can, however hard I try. But we all have strengths and weaknesses, so I'm not discouraged - it just gives me more motivation to improve my photography!