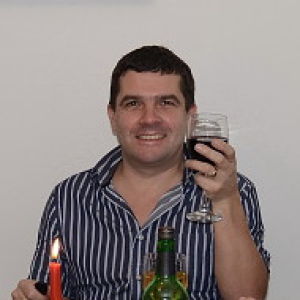 This originally started in January 2013 when my son resolved to take a picture every day in 2013 and I decided to join in the fun.

This originally started in January 2013 when my son resolved to take a picture every day in 2013 and I decided to join in the fun.

Fast forward to 31st December 2013 and the 'Challenge 365' is over and done with and 2014 is upon us. I spent most of 2013 as 'The Walking Man' since the vast majority of my pictures were taken whilst out walking. During this time I was quite strict with myself and tried hard never to duplicate a subject (although canals did end up featuring quite heavily).

To start 2014 I changed my screen name to 'Finding the Light' and have relaxed the rules so that I can repeat subjects if I wish. The guiding principal though is to find good light whenever I can. The initial plan is to continue with daily snaps but that may be relaxed a little too at some point.

Another change for 2014 is that I will not be posting directly to Facebook or to tumblr on a daily basis although both will get updates from time to time. This decision is partly based on the time this takes but mostly because blipfoto is by far the most engaging and rewarding of these communities. By definition. everyone is posting original material and the comments and feedback is a constant encouragement.

Although I was not new to photography at the start of this, I have certainly learnt a fair bit and have hopefully improved in the process.

The points below were part of my initial biography but I think they hold just as true now so I've left them here unchanged.

1. Taking a photo a day is hard. Sometimes because it's hard to get ideas. Other times because you've got too many pics to choose from. I certainly have lots of good pictures now that didn't make 'Pic of the Day'.
2. It's a cliché but the best camera in the world really is the one you have at the time. And there's no substitute for 'being there'.
3. Picture quality is NOT directly proportional to the cost of your equipment.
4. Composition matters
5. So do verticals
6. A caption and a story are important parts of a picture
7. If you photograph people, ask their names and get their story

As for me, I'm obviously a keen photographer but others interests include music (I play guitar and listen to anything), cycling (a garage full of those), reading whatever I can lay my hands on (both via Kindle and real live books). I also walk nearly every day for at least an hour and that's where many of my photos still arise.

I'm young enough to have the energy to pursue my hobbies and old enough not to care if people think I'm a geek for having so many interests. I work in IT but that's not important right now.

As well as blipfoto, I am also on tumblr
(andycolman.tumblr.com) and my own website (www.andycolman.co.uk).