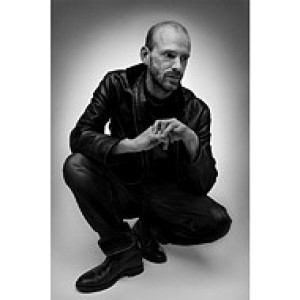 Not so recently qualified photographer, with a BA from Stevenson College Edinburgh (now part of Edinburgh College), starting to find a bit more paid photographic work again post-pandemic but will it ever be the same?

Not so recently qualified photographer, with a BA from Stevenson College Edinburgh (now part of Edinburgh College), starting to find a bit more paid photographic work again post-pandemic but will it ever be the same?

May 2010
Sitting in a cafe in Paris in May 2010, during our college visit to the city, I was encouraged by the lovely Sea Urchin to give Blipfoto a go. When I got home I discovered I must have already signed up but done nothing about it. The good thing about that was that it meant I could submit entries for all the days in Paris.

October 2010
So, it's been a few months now and I'm getting there. Still find that I don't always take a picture every day, and end up only having the days when I have taken pictures for another reason. Need to see if I can manage a full month of pictures...

December 2010
And at last I've managed a full month without a gap - every day in November. Not always easy, and resorted to a few late in the day indoor shots, but hopefully can keep it going. I feel a bit of pressure to always take something really good, but should probably accept that it won't always work out. Better to take something.

July 2011
More than a year of blipping, although given my slow, sporadic start I still haven't made it to my 365th image. Still, I feel well-established as a daily blipper - more than 250 in a row now. Some good, some merely place-fillers, others ordinary pictures to accompany great experiences. Still enjoying the challenge and the creative impetus that the daily pressure to get a picture provides. And evangelically spreading the word to photographers I meet, in real life or online.

July 2016
Feel like an update is long overdue here, five years on from the last one. Obviously I'm still blipping, having kept it going while it seemed it might all stop, on into the new world of the CIC Blipfoto. So far it seems to have been rather low key and so my blips have continued. The place seems a little quieter and some good friends have stopped posting quite as often, or stopped entirely. But there are still plenty of people about, and I keep making new connections with people that take similar pictures, or very different ones.

June 2021
Looks like about five years is the timeframe for updates on this profile. Approaching the double landmarks of 4000 blips and eleven-years-worth which are due in quick succession next month. Still blipping away, still spreading the word about the site with photographers I meet.