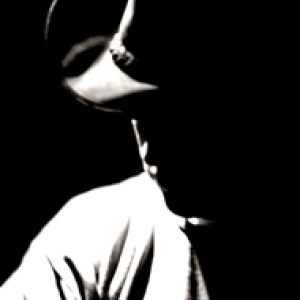 Once a common bird in the gardens and countryside of the UK, the house sparrow has been declining rapidly in numbers. It is now listed on the RSPB's Red list, meaning that it is globally threatened and numbers are in serious decline.

I can't remember finding this skull, but it is the smallest one in my collection and very delicate.

I thought the pic looked a bit like a Queen album cover...I don't think Freddy Mercury could really be described as a sparrow though.

ca.:
- the duck's pelvis (ok it's not a skull)
- Ratten metamorph
- the blackbird
- the cormorant
- the rabbit

There's an explanation in one of those links, if you think this is a bit freaky. (I'm not a grave robber)